Mint of Finland teamed up with think-tank Demos Helsinki to visualise the future of payments. We compared various factors and variables affecting payments to create four possible future states, each with different payment scenarios.

”The purpose of our future work is to expand our understanding of what is going on in the world right now. After that, we conceptualise what the currently perceptible phenomena, trends and weak signals can tell us about the future”, says Christopher Rowley of Demos Helsinki.

”The goal is to make better decisions in the present. That requires the realisation that our current situation is not the only possible state of affairs”, Rowley continues.

”We determined eight variables with an impact on the future of payments. By studying the different development trends of these variables, we were able to construct alternative future scenarios. They provide what we call future states of the possible situation in 2030”, says Rowley, outlining the process.

The future of payments rests on today’s trends

The most significant variable affecting the future of payment was found in the continued stability or instability of society and the speed of onboarding new technologies.

Demos and Mint of Finland settled on four alternative scenarios, each with different payment methods and practices: Platform Promise, M-Euro, Cash as Saviour and Protector and Cryptoland.

”Each of these future states is possible, but none of them will probably pan out exactly as described”, Rowley states.  The reason being that the variables affecting future states and the development of these variables are in a constant state of flux, combining to create new potential forces for change.

Here is a brief presentation of these four future states:

In this future state, technological advancement has been rapid and new technologies have been adopted quickly. Large global platform services, such as Google and Facebook, and their operations are regulated less and less and serve as guarantors in the exchange of value. Payment technologies develop in leaps and bounds, and there are a multitude of payment options available. Even though regulation in general is quite lax and corporate-friendly, social stability will increase.

People have opted for the payment methods offered by the various platform services due to their convenience and ease of use. Even though payments are predominantly digital, cash is still in use. National currencies will keep their role, as they are still used to make payments via the platform services – albeit in a digital form. While the payments market will become fragmented, the offering of cash will be consolidated due to decreased demand.

The future state is moulded by the rapid advance but slow onboarding of technology. Platform services are more closely regulated and privacy and security are under close scrutiny. Even though the payments market is fragmented, its reliability is guaranteed by nation states, banks and multi-national institutions such as the EU. Mobile payments will gradually decrease the demand for cash.

As an opposite development path to those presented above, the role of nation states could increase as a reaction to the speed of change. Governments could even seek to exit monetary unions and return to national currencies. This could cause international trade to plummet, causing uncertainty. Under the leadership of nationalist and populist regimes, national currencies could even gain a symbolic significance.

While the two previous future states were characterised by social stability and the rapid advancement of technology, this one is shaped by a declining trend in social stability. Technology will still advance just as rapidly, but its general adoption will be slower. With strict regulation of multinational platform services, nation states and central banks will serve as the guarantors of payment transactions. Tight regulation and a lack of international cooperation will hinder the development of the sector, and cash will be the most common payment method.

The fourth future state is also characterised by increasing instability. Consumers have lost their faith in governments, multinational institutions and platform services. The role of digital communities will be pronounced. In the absence of regulation, people will choose cryptocurrencies and payment methods will be consolidated around these.

Cryptocurrencies have become easier to adopt and more user-friendly, so they are used for their reliability and functionality. Regulation cannot keep up with cryptocurrencies, and states or multinational institutions have little say in the unstable conditions. Cash has not disappeared entirely, however, as some people still keep and use cash, either for reasons of nostalgia or because they cannot or do not know how to use the cryptocurrencies.

Diversity is to the benefit of society

From the societal perspective, all four future states share the question, which would be the better choice: the option for different payment methods or a single, unified method?

In Mint of Finland’s opinion, diversity is better for society as a whole. The greater the number of different payment alternatives, the more decentralised power over the payments sector will be. At the same time, different population groups will have the opportunity to use the payment methods best suited to them. The diversity of payment methods will also improve the protection of privacy: when you use cash, you do not have to worry about data leaks or misuse of your data.

However, these future states are but possible results of the variation of countless factors and variables. ”These are not predictions, in that we do not actually believe that any of these future states will come true exactly as described”, Rowley says.

”The important thing would be to isolate the significant factors and variables. We should be able to realise the benefits of technological innovations in a controlled and regulated manner, with a variety of people instead of just engineers participating in the discussion.”

“What’s more, social stability and trust should increase, or at the very least not decrease one bit more from the current situation”, he goes on.

Increased dialogue between communities and population groups requires trust. ”Whether it will be found in multinational platform services or elsewhere is not the key issue – we simply need trust, wherever it is to be found”, Rowley concludes. 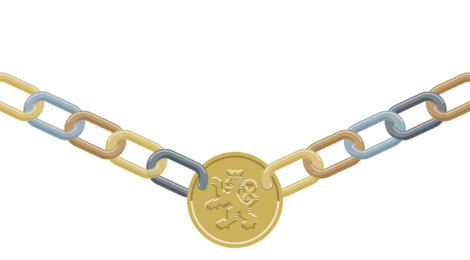 Today and more so in the future, digital technology is deeply integrated into all aspects of our life. Cash in all forms and the way we pay are certainly affected. And while things will keep changing, Mint of Finland wants to be at the forefront of industry change and sees digitalization as a fundamental opportunity... 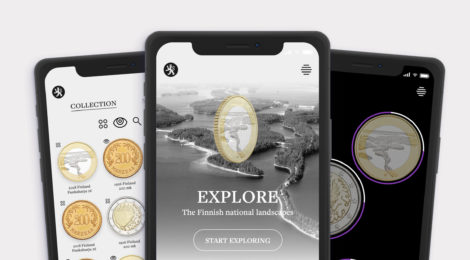 To all the mints of the world: Welcome to co-create!

To all the mints of the world: Welcome to co-create! When thinking of coin collecting we rarely think of it as a platform or ecosystem although it has all the relevant features of a business ecosystem since the network of organizations – including suppliers, distributors, competitors, government agencies, collectors, numismatists, and so on – is... 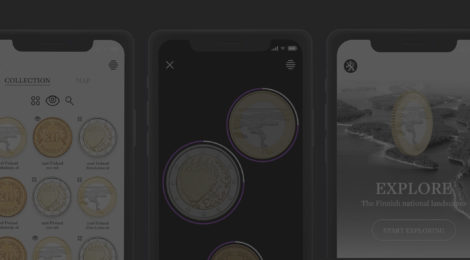 Understanding better the coin collectors and finding out the possibilities in digitalisation to enhance the numismatic hobby Digitalization for easy and fun collecting David Bowie saw the future in the 1999 interview, when he said: “I think the potential of what the internet is going to do to society, both good and bad, is unimaginable.”...